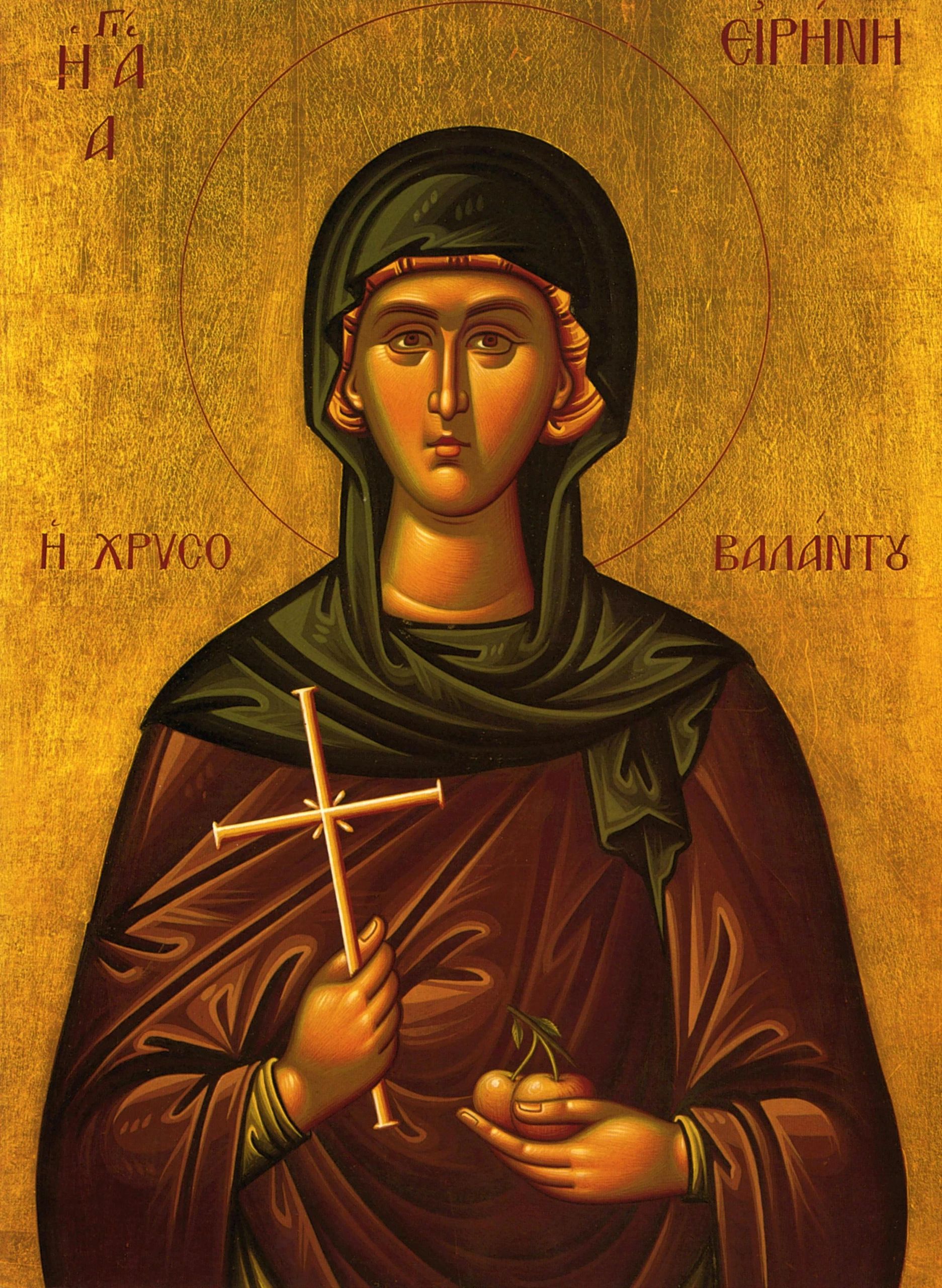 Where thy grace doth overshadow, O archangel, the power of the devil is driven off, for the fallen Lucifer cannot bear to behold thy light. Wherefore, we beseech thee, by thy mediation quench thou his fiery darts which are hurled at us, delivering us from his temptations, O right praiseworthy supreme commander Michael.
Doxastikon of the Praises, Orthros of  November 8, Feast of the Archangels.

On the 8th of November on the Orthodox calendar (Saturday, November 21st new style), we will celebrate the Synaxis of the Supreme Commanders Michael and Gabriel and All the Bodiless Powers of Heaven.  This holy day must not be neglected, for now, more than ever, we need the mighty help of the angels of God in our struggle against Satan and the impure spirits with him.   Despite our many weaknesses, we firmly believe that if we honor the holy angels, they will help us, and their strength will compensate for our weakness.

One key to understanding the Orthodox conception of the universe is that there is an invisible creation as well as a visible creation. God alone is uncreated and eternal.  Out of total freedom and love, without necessity, He decided to create intelligent beings with free will to be His co-workers and friends. He created the angels to people the spiritual universe and men to people the physical universe. The holy angels are the pure intelligences created by God before time began, to adore Him unceasingly in the spiritual universe and to perform sacred missions for Him in the physical universe as well.

The angels’ chief mission in the physical universe is to protect Orthodox Christians from the snares of the devil and to influence them to stay on the path of salvation.  The angels’ “competition” are the fallen angels, or demons, led by Satan (“the accuser”), the chief cherub who fell before God created the physical world, and who took many of the angels (the Fathers generally say one-third) with him.  Having rebelled against God, they became evil, as once they had been good, and they hate man because God created man to fill theirplaces in His Kingdom.  Envying man and desiring his destruction, they work untiringly to keep souls from accepting the truth of the Orthodox Faith, to keep people from accepting the Orthodox Baptism, and to keep baptized Orthodox Christians from confession, from Holy Communion, and from all the practices of the Faith.  They constantly influence every man to sin.

At Baptism, every Orthodox Christian receives a Guardian Angel who protects him from the seduction of the evil spirits, who influences him with good thoughts, and who strengthens his will and his entire organism for the doing of good works.  We can either cooperate with our Guardian Angel or we can turn away from him to the devil, grieving our good guardian who watches ceaselessly over us.

In many editions of the Prayer Book there is a canon to the Guardian Angel.  It would be a very good practice on our part to read this frequently, and especially on Mondays, for Monday of every week is dedicated to the commemoration of the angels.  May our love for our Holy Guardians grow daily!

Angels, Demons, and the Hour of Death

So far we have seen that great mysteries are enacted when death is approaching ...Now we must look at how the souls of the saints are led by the angels, and the souls of unrepentant sinners are led by evil demons.

St. Macarius of Egypt teaches that if someone is unrepentant at the time of his departure, “bands of demons and fallen angels approach, along with the powers of darkness which capture that soul and drag it as a captive to their place.” By contrast, the servants of God, who even now have angels alongside them and are surrounded by good spirits, are granted at the time of their departure to have “choirs of angels receiving their souls and carrying them to their own place into the pure eternity. And thus they lead them to the Lord.” And in another place St. Macarius of Egypt says that when the soul does not have the pledge of the Holy Spirit, at the time of its departure from the body, the demons hold it and will not let it ascend.

…The Christian is aware of this reality, because in the service of Compline, which he reads every evening before going to sleep, he asks the Virgin to help him at the hour of death to avoid the dark faces of the demons: “And at the hour of my departure from this life, care for my miserable soul, and drive far from it the dark countenances of evil demons.”

-from Life after Death by Metropolitan Hierotheos (Vlachos)

About Our Saint Irene Parish

Our mission is to teach the true purpose of life based on our Lord's sacrifice on the cross...

To continue teaching the word of our Lord as He spoke it, as the Apostles preached it, as the Church kept it safe and unchanged orthodox faith saint irene Rochester Hills !

Better yet, come to pray with us.

May the Lord guide you into all truth, and may He bring us all together to eternal life.